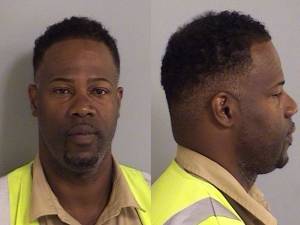 Ascension Parish Sheriff’s deputies responded to a domestic violence incident on April 6, shortly after 9 p.m. on Talonwood Drive in Gonzales that resulted in an arrest.

According to Sheriff Bobby Webre, upon deputies’ arrival, it was learned that 40-year-old Jeuane Sessions and his dating partner were involved in a verbal altercation that turned physical and both the victim and a juvenile was struck during the physical altercation.

Sessions then pulled a handgun and fired two shots into the residence where no one was injured, however the victim and her juvenile children were in the residence.

Sessions fled the scene prior to deputies’ arrival and was later located and arrested in Tangipahoa Parish. He was transported to the Ascension Parish Jail on April 8 and charged with four counts of attempted second-degree murder and two counts of domestic abuse battery.

One dead, one transported to hospital after Saturday night shooting in Donaldsonville